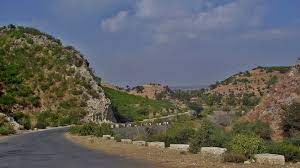 Is Talagang is District or not?

Talagang is a district in the Rawalpindi Division of Punjab, Pakistan. It is located in Punjab’s north. Talagang is a two-hour drive from the city of Rawalpindi. The district has a population of over 500,000 and is home to many popular tourist attractions.

On 13 October 2022, the Talagang district was created as part of Chakwal. As a result of the creation of four additional districts alongside the city, this occurred. The district’s creation is a result of the efforts of District CEO Hafiz Amar Yasir and his team. The

Talagang is made up of areas that are close to Chakwal and its suburbs. Therefore, it is a good choice for those who wish to live in a Chakwal.

What is the language of Talagang?

The language of District Talagang is Urdu. Urdu is the primary language spoken in the district. There are also a few people who speak other languages, including Punjabi. The people in the district are Muslim. They are mainly farmers and traders.

Talagang is located in the district of Chakwal. The primary language spoken there is Urdu, also the country’s official language. A few people also speak Pashto and Punjabi.

Most important places in District Talagang

District talagang is an important center of education and industry in Pakistan. The district has a variety of businesses. These businesses include hospitals, schools, and other organizations. Talagang has many schools, colleges, and hospitals.

Multi-level restaurants and hotels are becoming more common in the  Talagang. It is due to the increasing demand for high-quality food and services in this area. Thanks to these establishments, residents can enjoy a variety of dishes at different prices while staying close to major shopping areas.

A strong relationship with the government

The district talagang has a strong relationship with the government as it is part of the local government, which enjoys the support of the central government. The relationship led to important projects being completed in the district, such as the construction of roads and the completion of several other major projects..

Is Talagang is rural or urban?

The rural of District Talagang is 337,903 Urban of Talagang is 64,083. This shows that rural areas have more than three times the population of urban areas. The main reason for this disparity is that there are more agricultural areas in rural areas. Agriculture is the primary source of livelihood for the majority of the people in rural areas.

How many villages are there in District Talagang?

Lawa is a famous village of talagang and also a tehsil of talagang. Talagang has 102 villages. These villages are home to various cultures and history, making them a must-visit for anyone visiting the area. The natural beauty of these villages is nothing short of stunning, and the local culture and history are also worth learning about. If you want to enjoy all District Talagang offers, visit one or more of its 102 villages.